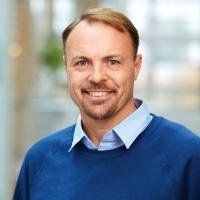 David Broman is Professor at the Department of Computer Science, KTH Royal Institute of Technology and an Associate Director Faculty for Digital Futures. He received his Ph.D. in Computer Science in 2010 from Linköping University, Sweden. Between 2012 and 2014, he was a visiting scholar at the University of California, Berkeley, where he also was employed as a part-time researcher until 2016. His research focuses on the intersection of (i) programming languages and compilers, (ii) real-time and cyber-physical systems, and (iii) probabilistic machine learning. David has received a Distinguished Artifact Award at ESOP (co-authored 2022), an outstanding paper award at RTAS (co-authored 2018), a best paper award in the journal Software & Systems Modeling (SoSyM award 2018), the award as teacher of the year, selected by the student union at KTH (2017), the best paper award at IoTDI (co-authored 2017), awarded the Swedish Foundation for Strategic Research’s individual grant for future research leaders (2016), and the best paper presentation award at CSSE&T (2010). He has worked several years within the software industry, co-founded three companies, co-founded the EOOLT workshop series, and is a member of IFIP WG 2.4, Modelica Association, a senior member of IEEE, and a board member of Forsknings och Framsteg.